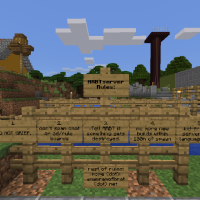 OMG y’all I am SO behind on posting LOL. So a quick recap on what is New, Improved and Different on the ARBTserver: We had a new face from WSE visit on Monday: welcome Kyster! There is now a road extension from the Pyramid, through the huge desert biome and ending at the village Hachi discovered a few runs back. The ARBTServer monument has been extended, with two more spaces added for statues. May shove it out two more spaces just so ARBT lines up in the middle evenly again, haven’t decided. I’ve finished reskinning the hot air balloon. It … END_OF_DOCUMENT_TOKEN_TO_BE_REPLACED 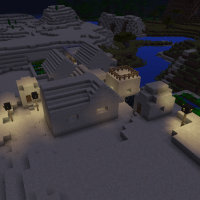 Monday night your intrepid heroine and host of the server came home with a horrid stomachache, so I canceled server time for that night. To make up for it I ran Wednesday night instead. It was a  fairly low key evening with a bit less lag and voidspawning than usual and people mostly worked on their own stuff. DoublePositive, anticipating 0.12, built a nether portal behind spawn and finished up stuff in Spawner Land. Also in the spirit of preparing for 0.12, 576875  went out to the Troll village and started shoring it up against Things to Come. Hachi finished … END_OF_DOCUMENT_TOKEN_TO_BE_REPLACED

Busy busy busy, working on stuff. GCT is coming along and I will hopefully be able to post a batch of new pictures by the end of the weekend, after I’ve had a few hours to really go nuts with working on it. I know I’ve mentioned that one of the main reasons I’m looking forward to 0.11.0 is that finally, FINALLY we will get to have skins. I am a black cisfemale gamer and any game that gives me the option of being a black woman in-universe is an extra bit of win. Its interesting because I feel like … END_OF_DOCUMENT_TOKEN_TO_BE_REPLACED 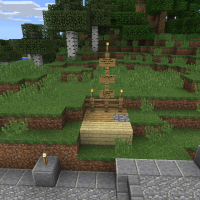 Monday night server time was had tonight! I only had two guests tonight: 576875 and Team Heath Bar, but a good time was had arrowing mobs, adopting wee cows (one of whom THB has dubbed Mr. Moo) and 5 has started a farm at the Spawn House so folk coming in don’t have to scrounge around for food, initially. I’m starting to quite look foward to my weekly visitors. 🙂

In belated OMG! News, turns out the rumors swirling about the MCPE 0.11.0 beta were legit, and y’all lucky folks with Android devices do indeed get to beta test it. Some of the pictures released are massively exciting. While I’m envious of my Android compadres as a non-jailbroken iOS user, I am still excited because beta test now = update SOON.

I am cautiously excited about the option to make old worlds infinite. I don’t know if I’d be up for going back to either the Hunt world or the Dreamscape world and expanding them that way. Honestly, if I could find some way of dropping both worlds and their accompanying projects somewhere in my current infinite map I’d do that instead, seeing as I’ve sunk so much time into the current map. I am glad to finally be able to rename my main world though – not that I’ve thought up a good enough name for it yet.

There doesn’t seem to be a WBC up on Reddit this week, as the sticky post has been hijacked by the MCPE 0.11.0 bug reports posts. Which is good, in a way – In among the other stuff I want/need to do this week, I need to seriously sit down and actually finish the prison dungeon build I’ve been working on for awhile, and then start sketching up the next couple of builds I’ve had percolating in the meantime, not to mention do some exploring in uncharted territory. Still on the lookout for a PC mapping tool that will work with the MCPE leveldb. And I need to make posts about my other builds too. So much to do, so little time! 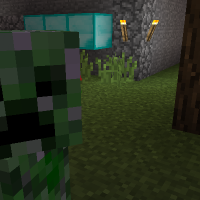 [EDIT: it is no longer possible to access your app files in iOS 8.3, so the below only applies to iOS 8.2 and below. If you think you’re going to be mode switching a lot between now and 0.11.0 hold off on updating your device. Yes, I found this out the hard way, and boy howdy I am annoyed.] During Saturday’s open server run I was asked how I switched between creative and survival with my world, so I thought I’d post a tutorial. While I’m sure some out there will use it to “cheat” (though how you cheat in … END_OF_DOCUMENT_TOKEN_TO_BE_REPLACED